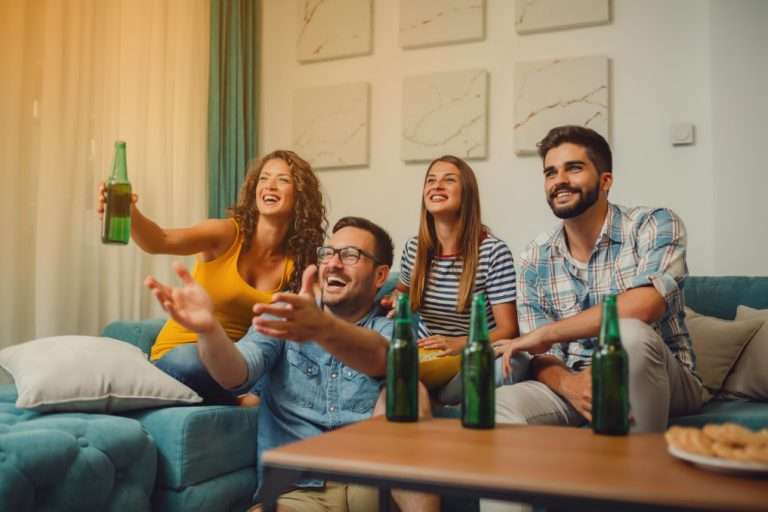 Arriving in a new city or a new country always includes confrontations with a different culture. Changes can be really small, like colors of the traffic signs on the streets or a different style of food. They can be bigger though: Norms, values and people’s behavior can change significantly between cultures. Some differences are obvious meanwhile others are invisible. For example, exchange students arriving in Medellín have to adapt to a completely new cultural concept of living and co-living. Especially when living in a VICO (shared flat), people usually are from different cultures which can be challenging.

But this doesn’t have to be bad. Actually, this challenge teaches you a lot about other cultures. It even helps you to have a better understanding of your own.

The first step to understand cultural differences is to be aware of their existence. The aim of this article is to help you to avoid the inconveniences we had in our time living in a Colombian shared flat and to make sure you have a great time with your new VICO Family. Of course there is no universal formula for the perfect VICO because every person and every culture is unique. However, we’re convinced that you will enjoy your time in your VICO in Medellín if you are aware of the following aspects.

The 7 unique characteristics of a VICO in Colombia

1) The owner enters your VICO without letting you know before.

The owner of a VICO (VIvienda COmpartida) has a key of the flat and can come by whenever he wants. It could be to show a room to a potential client or to control the co-living. It even happened to us that our owner entered to our home just to have a coffee with a friend of his. Honestly, it was kind of hard getting used to this. Indeed, this would be completely inappropriate in other cultures, but in Colombia it’s normal.

VICOmmendation: This problem can be solved easily with a clear, transparent and diplomatic communication. In our personal case for example, we arranged with the owner of our VICO that he lets us know half an hour before he arrives. He agreed and now we all live happily.

2) Who are your roomies?

The VICOs in Medellín are in general administrated by their owners, who normally try to host people with the same background (only students or only professionals for example). However, being a student we don’t have much influence on the selection of our roomies. Actually, this was one of the main reasons for us to develop VICO Vivir Entre Amigos. We want to create more transparency regarding this aspect.

Nevertheless, it can be very difficult because in many VICOs live exchange students who don’t know each other before getting to Colombia. The only thing we can do at the moment is to communicate at least the following data about your potential roomies: nationality, age and whether they are students or professionals. But don’t worry! Until now, every VICO ended in great friendships.

VICOmmendation: Ask for the nationality and age of your potential roomies if you don’t already have them. It could help you find the people that are likely to help you have the experience you are looking for. For example, if your goal is to improve you Colombian Spanish in Medellín, you might prefer living with a group of Colombian people of the same generation. That way, you know it will be easier to communicate and share experiences with them.

In general, every shared flat is furnished in Medellín. Thus, you don’t have to bring or buy anything. Moreover, every VICO counts a washing machine and everything you need in a good kitchen. They also usually have “social rooms” where students can share time watching TV, playing or just having dinner together. On the other hand, the quality of the furnitures and tools depends on the VICO and its price. All the rooms have a bed and a closet and, depending on your VICO, you can have a private bathroom, balcony, TV, air condition, desk etc.

VICOmmendation: Make sure that your VICO includes water, gas and electricity and ask if the “hot” showers are really hot for more than 2 minutes. This could avoid unexpected negative surprises. Also keep in mind that your are still in Colombia and not everything is working like in your country.

In Colombian VICOs, it is common to pay for overnight visits. Prices vary between COP 15.000 and COP 50.000 (4.8 to 16 USD). Having in mind that a night in a normal hostel also costs between COP 25.000 and COP 50.000, it could sound like a lot to you. And you’re actually right, it is weird to pay to visit a house you are invited to. However, you shouldn’t forget that most VICOs include the costs of water, gas and electricity. Having more people in the house increases the costs for the owner. That’s why they charge this extra fee.
Additionally, people in Medellín have experienced a different history than most of us. It simply was not safe to have unknown people in your house.

VICOmmendation: Talk to the owner of your shared flat about your guest before his arrival. If he feels like he knows a little bit about the stranger, he might be more trustful and willing to make an exception. Actually, they usually say yes and let the guests stay at least a few days for free.

5) The flexibility of the sector.

One of the biggest advantages of a shared flat in Medellín is its flexibility. Due to the informality of the sector, it is relatively easy to find a room in a few days. However, you have to know where to search and there aren’t that many options online.

It’s also easy to cancel your contract (if you have one). The majority of the owners just wants to be informed 1 month before you leave. Furthermore, the deposits aren’t really high, it usually is less than one monthly rent.
Due to this flexibility, it doesn’t make sense to look for a room much time in advance. The owners don’t want their rooms to be vacant, so they want people who arrive soon.

VICOmmendation: Begin your VICO-search 3 or 4 weeks before your arrival. Don’t get a VICO that doesn’t convince you completely because you’re in a hurry. There will be better options!

In Colombia, it’s normal to have employees cleaning the house, washing your clothes or even doing the dishes in a students shared flat. That is a luxury that many students are not used to. Although at the beginning it felt kind of weird having an adult woman cleaning for you, we have to admit that we got used to this service very fast.

VICOmmendation: Enjoy the service! But never forget that these ladies are most of the time moms and grandmothers and maybe not living under the best conditions. They always are really happy if you offer them a coffee or just chat a little bit with them.

In other parts of the world, students have to live in really limited spaces. However, VICOs for students here are relatively big and most of them are really nice. Medellín’s colonial style makes that houses are spacious in order to use the whole potencial of the “cuadra”. That is why here it is normal to have a shared flat or house with 5 -10 students and to have many “patios”, balconies and really big and beautiful social zones. At the same time, it leads to rooms without windows because of the construction in “cuadras”.

VICOmendation: Enjoy as much as posible having so much space in your house. But searching for a VICO, have in mind that is important not only the size of the house but also the furniture. Many houses are so big that the owners are not able to fill them adequately.

Why are VICOs in Colombia so different?

The concept of co-living in a shared flat can change regarding the culture. The concept in Europe, for example, is quite different than the Colombian one. The main differences can be explained with the balance between liberties and responsibilities that students have to fulfil. While in Europe young adults have more liberties in general, they also have to assume more responsibilities than Colombians.

Why do European students have more liberties?

In many parts of Europe, it is normal for a young adult who is starting university to leave his parents’ house and live in a shared flat. In contrast, here in Colombia it’s common to live with your parents until 30 years old or even more. This is due to different reasons:

No culture is better than another one!

All cultures are different! Don’t evaluate them. Some people might prefer the values and norms of one culture and others the ones of another culture. Keep in mind that cultures developed themselves the way they did for some reasons. You should also keep in mind that the case of Colombia is a very special one because of its cultural history.
The Colombian society was not only in war for the last 50 years, but it is also very heterogeneous in cultural influences. Starting with the various indigenous tribes, the Spanish conquistadors and the slaves from Africa or migrants from other countries, Colombia nowadays has an incredible cultural diversity. That’s what makes this country so special!

VICOmmendation: We are convinced that, if you are aware of the existence of cultural differences, you’ll have less inconveniences in your integration and adaptation process. Besides, we think that an honest and transparent communication can help a lot of people becoming aware of the mentioned differences and understand and respect as well your norms and values.

Don’t be afraid of getting in touch with other cultures! You’ll have unforgettable experiences. 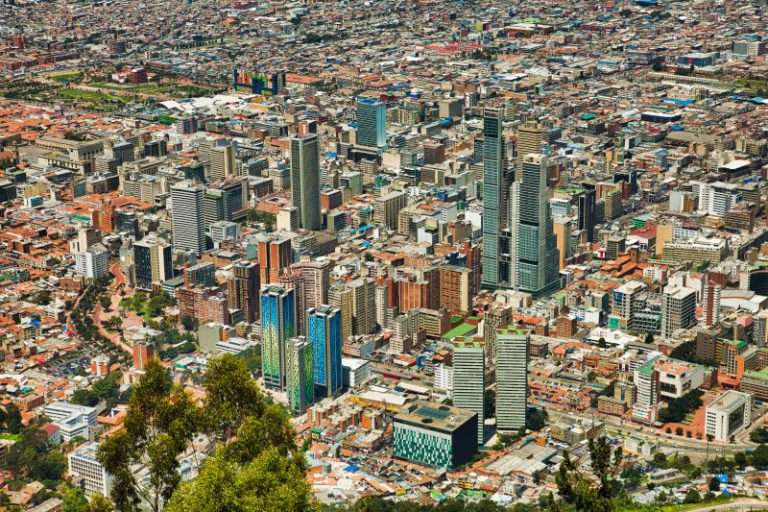 5 reasons for living in a shared housing in Bogota 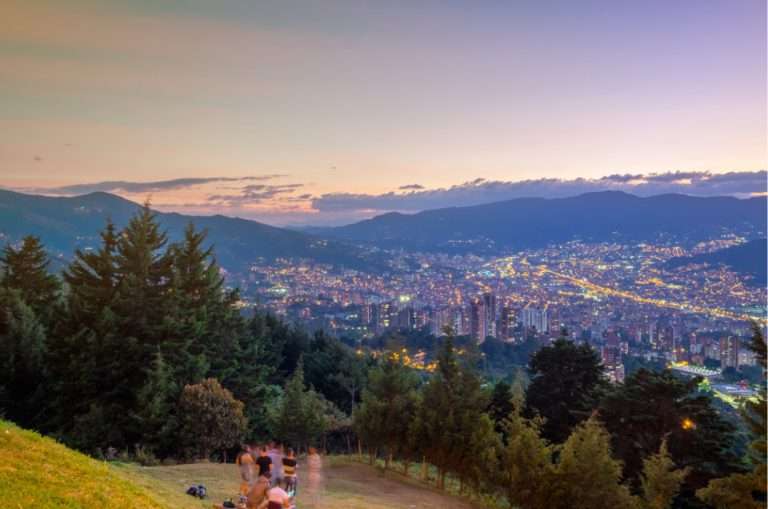 2017 Christmast lights in Medellin: A show you can’t miss!